Children's Surgery - How to make it exciting

Surgical operations for children are a parent’s worst nightmare. There are so many factors to consider outside of the obvious logistics of date and time. With the odd exception, most children’s wards are extremely well versed in the art of getting children into surgery, but that doesn’t account for the weeks leading up to the event, where mum and dad have the insurmountable task of persuading Little Johnny, that they know best and this thing is definitely going to happen. 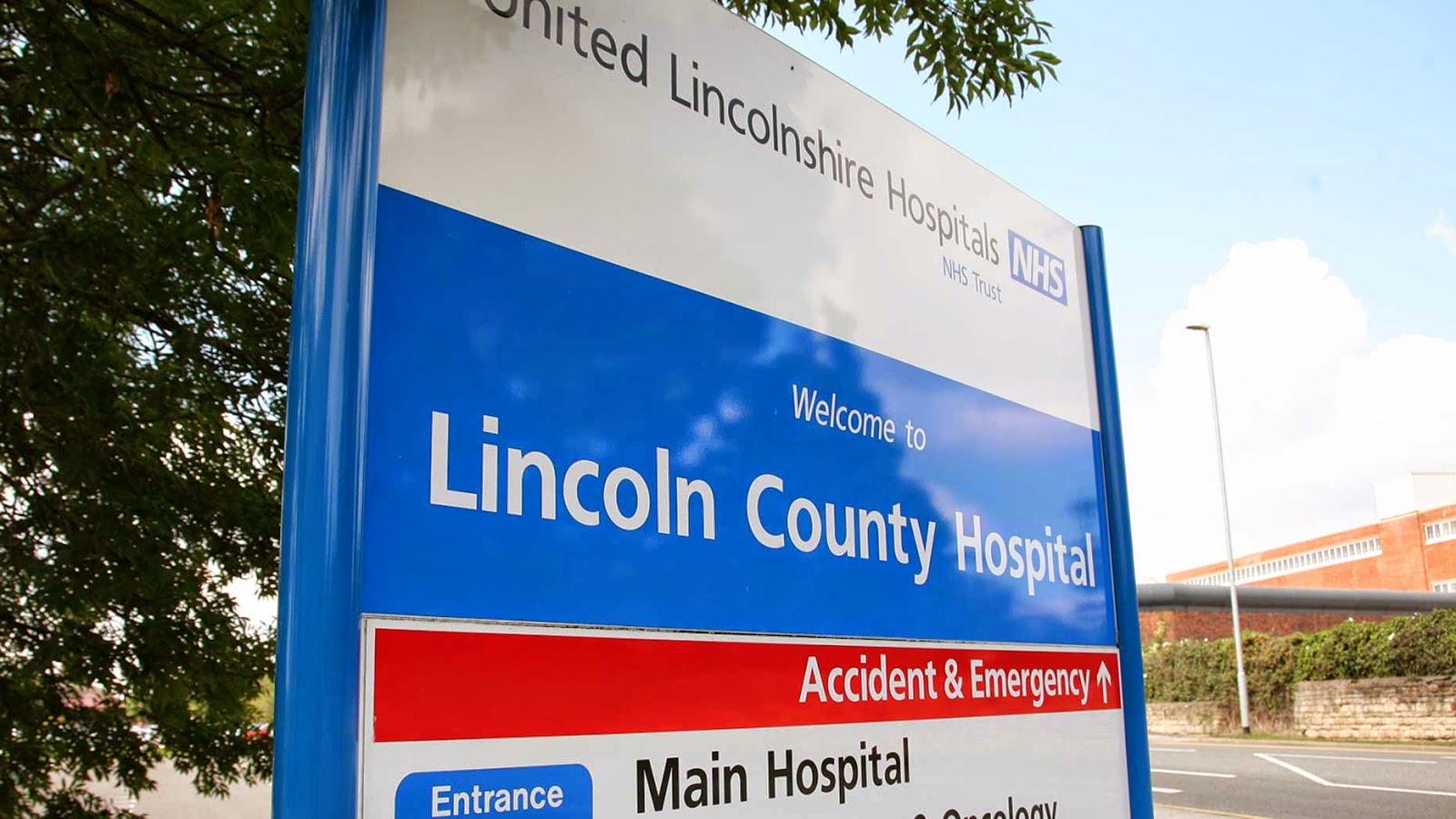 All of my children at some point have had a surgical procedure which required them to have a general anaesthetic. Some of them were older and needed emergency help, but two of my girls underwent surgery before the age of three and one of them, more than once.

I’m an author now, but back then, I was a mother with a love of books and stories and I used that to my advantage. Meal times were sacred in our house and we tried most nights to eat as a family. I’m not quite sure how it started, but while everyone else ate dessert, I would read to the family, not just children’s stories but the classics too. I read to them on long car journeys, boring waits in the car and once in the emergency waiting room while my husband listened avidly with a broken hand propped on his knee. Wet holidays, appointments and any time that we could all be potentially bored, out would come the book from my bag and the story would continue. 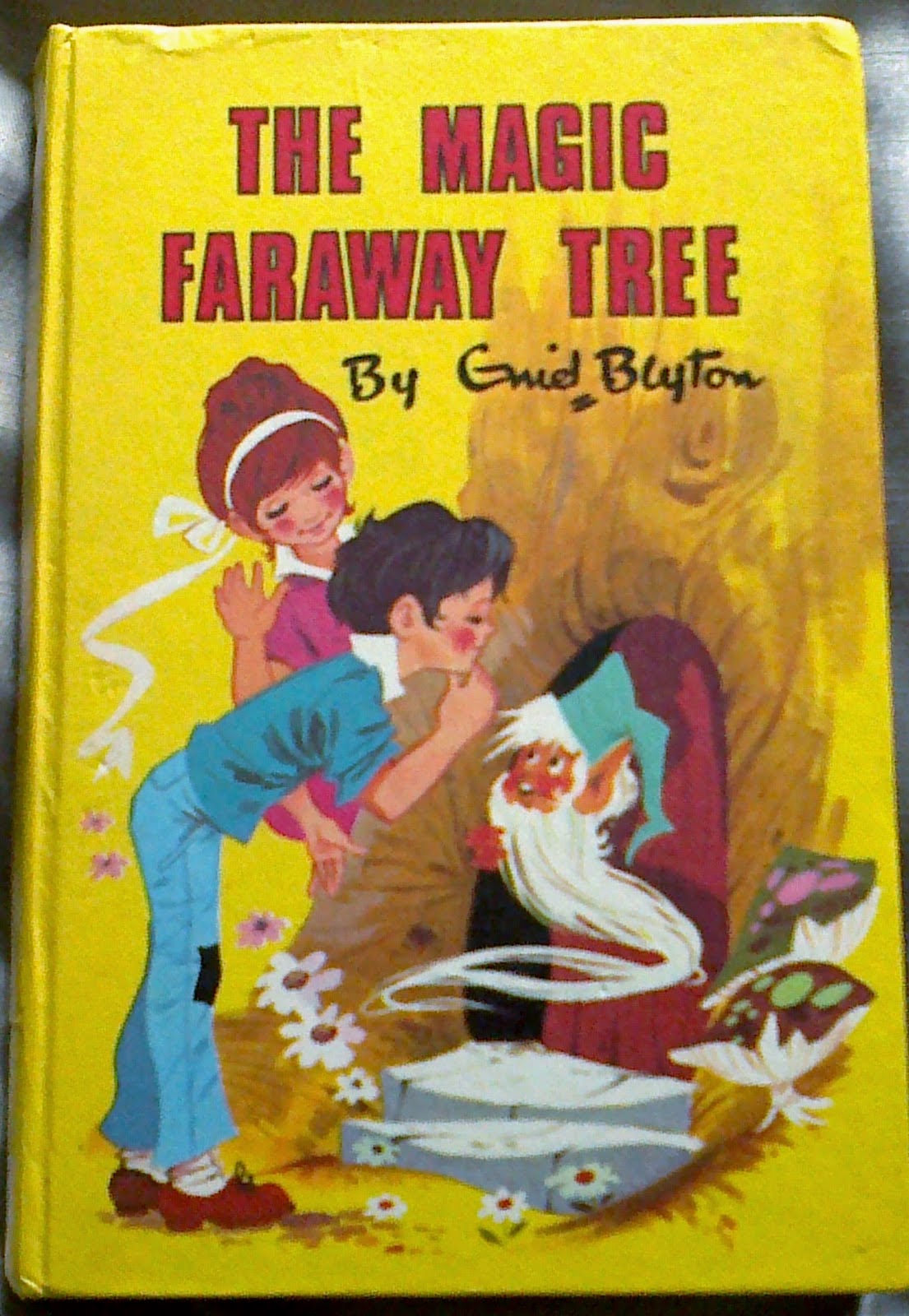 Coming up to my daughter’s first surgery, I decided how I would handle it. Our family code was ‘no surprises’ and we tried hard to stick to that, wherever possible. Big changes would always be talked through, even with the littlies and everyone would know where they sat within the grand plan. It meant that even emergencies were less frightening because someone would be around to think on their feet and there would be a plan, even if it took a little while coming. Weeks before the operation, I started to read an Enid Blyton book called, The Magic Faraway Tree. The story deals with the inhabitants of a magic tree and a family of children who find it and become friends with the characters. At the top of the tree is a world in which the ‘Land’ changes every day. The children visit the different Lands and have exciting adventures and that is primarily what the book is about. They never know which land will be at the top, but they must be back down into the tree before the land changes, or they’ll be stuck there.

My children loved the story and really bought into it. It wasn’t a great leap of faith for them to believe that when my daughter went into surgery, she was actually visiting the Faraway Tree and would be able to go into the Land at the top and bring back gifts for her siblings. The instructions for that child would occupy everyone’s mind in the lead up to the operation. 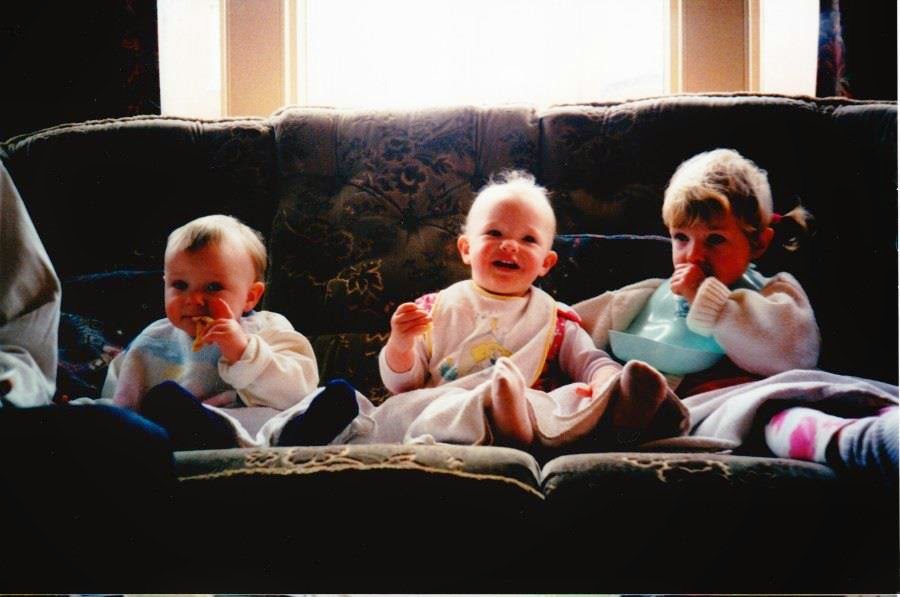 “Moonface and Silky will be waiting for you at the bottom of the tree and they’ll help you climb the branches.”

“Don’t look in the Angry Pixie’s window. He gets cross. He’ll tip his teapot over you.”

“Watch out for the Washer Woman on the top branch who throws her laundry water down the tree. You don’t want to get wet.”

“The Saucepan Man will help you if you get lost or scared.”

“The Sandman will help you to sleep and then find Moonface and Silky with you.”

My husband and I would put our heads together and decide which Land would be at the top. We had the Land of Sweets and Chocolate, the Land of Surprises, the Land of Toys, the Land of Gifts and very recently as residents of New Zealand, the Land Called England.

Once the Land was declared, via a fake letter which would arrive through the post from Moonface and Silky, the child would excitedly go round everyone asking what they wanted to have brought back from the Land at the top of the Faraway Tree. Someone who could write would follow behind with a pen and paper, writing it down for Mummy or Daddy, who would then have to buy the stuff. None of my children ever called it ‘going into hospital,’ it was always “I’m going up the Faraway Tree.” 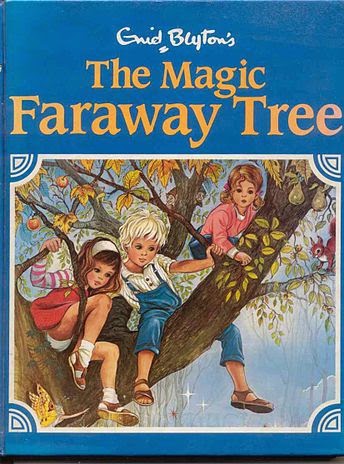 Thankfully my parents brought into the tale and my mother would always help by reinforcing the illusion. “I want to know what it’s like when you come back from the Faraway Tree. Make sure you phone me and tell me all about it.”

On the day, it was last minute helpful instructions from everyone and off to surgery they were wheeled, a special cloth bag that my mother made with a draw string to keep the goodies in, firmly clutched in their fingers. The hardest part was getting that cloth bag back off the nursing staff so that we could secretly fill it and get it put back before the child came round. It also had to be done sleight of hand so that the other children didn’t see.

That’s the stuff that nightmares are made of, not the fact that the poor child was having a general anaesthetic and surgery. We were too busy stuffing things in a cloth bag like bank robbers and wishing it was a bigger, wider, more oddly shaped bag. 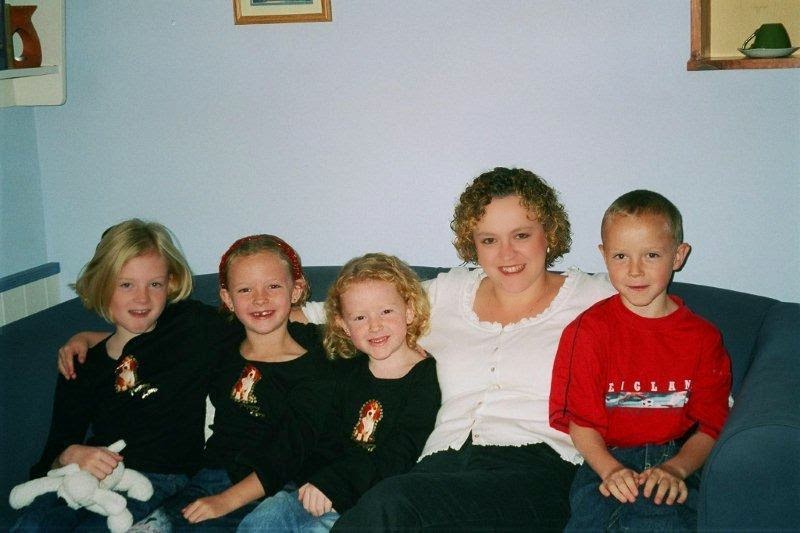 Once when something went awry at Lincoln County Hospital and we weren’t allowed into Recovery to be there when my daughter woke up, she was so afraid that she wet herself and came back up to the ward distraught. Most of that wing of the hospital heard her howling along the corridor and it was a dreadful moment for everyone. Until her three-year-old brother pointed at the puddle she sat in and said, “Oh no! You looked in the Angry Pixie’s window didn’t you?”

"Yes!” she wailed and that was it. Over. No trauma, no embarrassment. Finished.

The bag was opened, always by the patient and the list examined to make sure everything was correct. Thank goodness we never stuffed up. Things were handed out, admired, the patient thanked and life returned to normal, until next time.

There are a number of books in the series of The Magic Faraway Tree and I think we went through all of them, some of them twice. It took the fear and the sting out of something that could be quite traumatic, especially for a two-year-old. I know there are families who deal with things clinically. The child knows the absolute truth and that’s fine. We all parent differently and find ways that work for us. For my family - this worked.

I was reminded of The Magic Faraway Tree recently when my seventeen-year-old daughter needed surgery. We sat in a packed waiting room, corralled like cattle when she turned to me and sighed. “I wish I still thought I was going up the Magic Faraway Tree; it was so much more exciting and it took the fear away.” 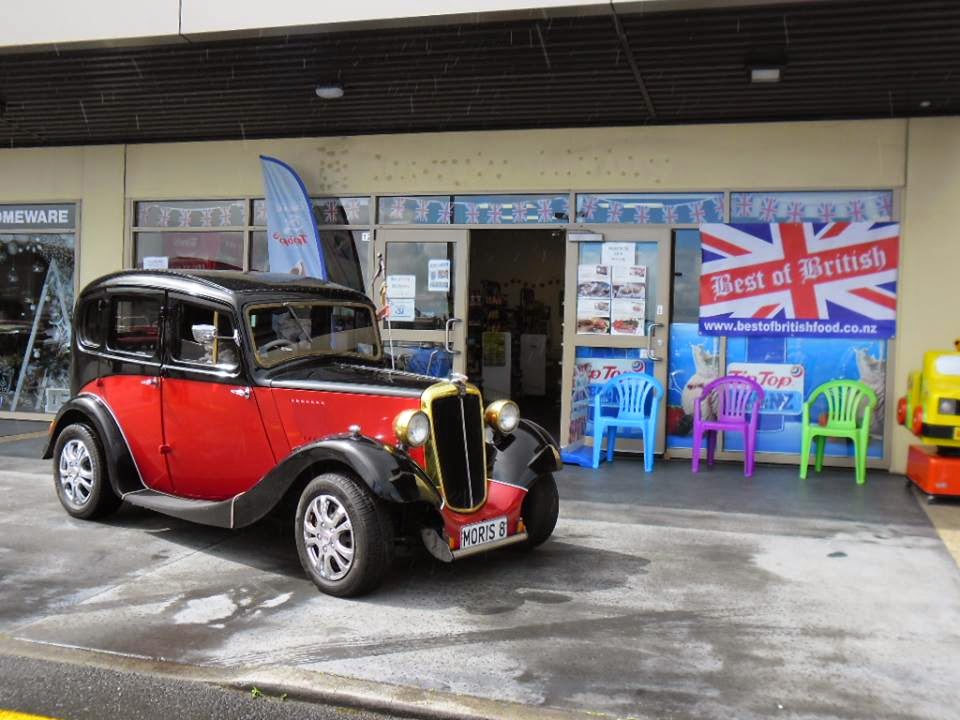 A quick text to my husband saw him nipping to The Best of British shop in Rototuna and grabbing some English delights, things we can’t routinely get here. The special bag is long gone, perhaps in my parents’ loft back in England, but this time, a carrier bag did just fine. My daughter smiled after her surgery when she saw what the Land Called England had supplied. Polos, Snowballs, Curly-Wurly and other things once taken for granted in a very different life.

The items from the Land had to be posted to siblings who no longer share the same house, to Hamilton, Palmerston North, to adults living lives in other places. But they still smiled, enjoyed their treats and remembered.

Parents remember - everything can be got through, with a little imagination.