KEEPING IT REAL - Giving the reader the benefit of your real-life experience.

I read a novel once which contained a foreword by the author and referred to a week that she had spent in the bush doing research. I sat back and began reading, excited to see her experiences drifting through the pages at me. I was severely disappointed. By the end of the book, her lead male had made a fire without matches and built a small bush hut. That was it. She had literally spent a week living rough for a few lines about how delightful it was and how clever her man could be. 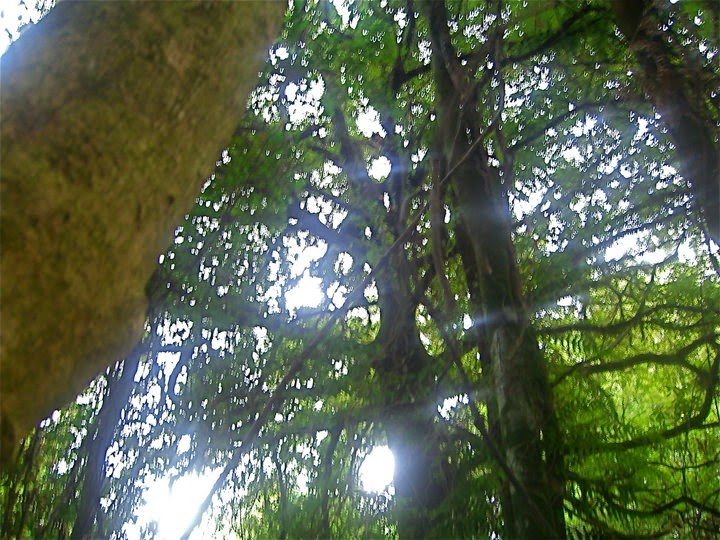 Whilst writing my latest work, I sent my two main characters into the New Zealand bush, on Mount Pirongia to be exact. I was keen not to make the same mistake and so I used my own experience to hopefully put the reader into that situation. The bush is beautiful and challenging and utterly terrifying. It is not the kind of place that you can afford to disrespect. I hope that I have managed to get that across. 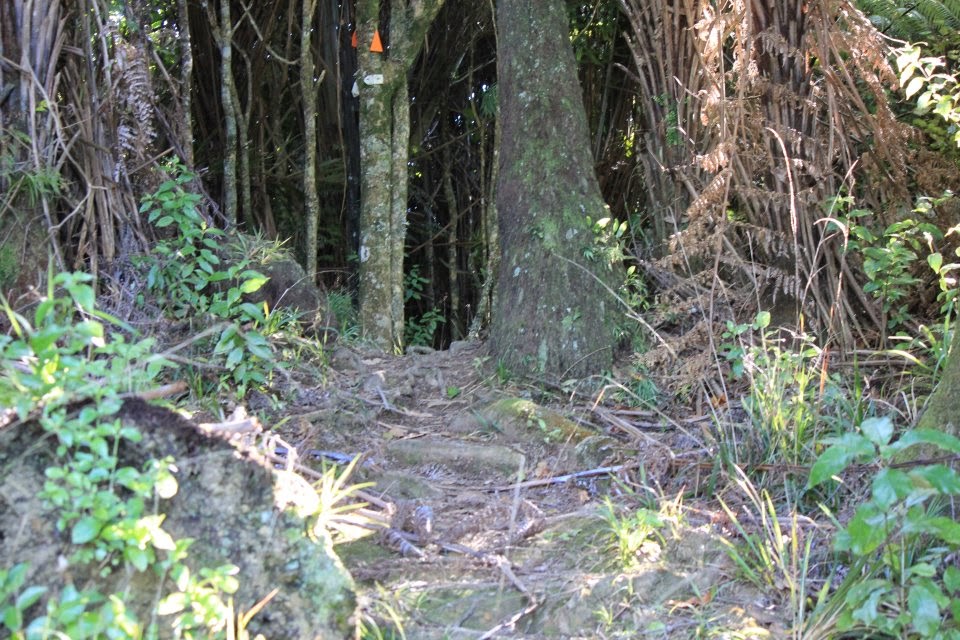 The first night I ever spent in the bush was up in the Kaimai Ranges in the middle of a wintry July. It was a Youth Search and Rescue event and I was accompanying my fourteen year old daughter on a Parent Camp, having drawn a very short straw.

Yet there I was, waking up in a tent packed with snoring adults of both genders, fervently telling myself that I didn’t need the toilet. Unfortunately, I did and let me tell you, once you’re out of the tent, there ain’t no point trying to crawl back in again. It was freezing cold and into the minus figures and the promise of home and bed felt like the Holy Grail. We had camped next to an elderly scout hut with a toilet and freezing cold running water, but that, I am reliably informed, was a luxury. 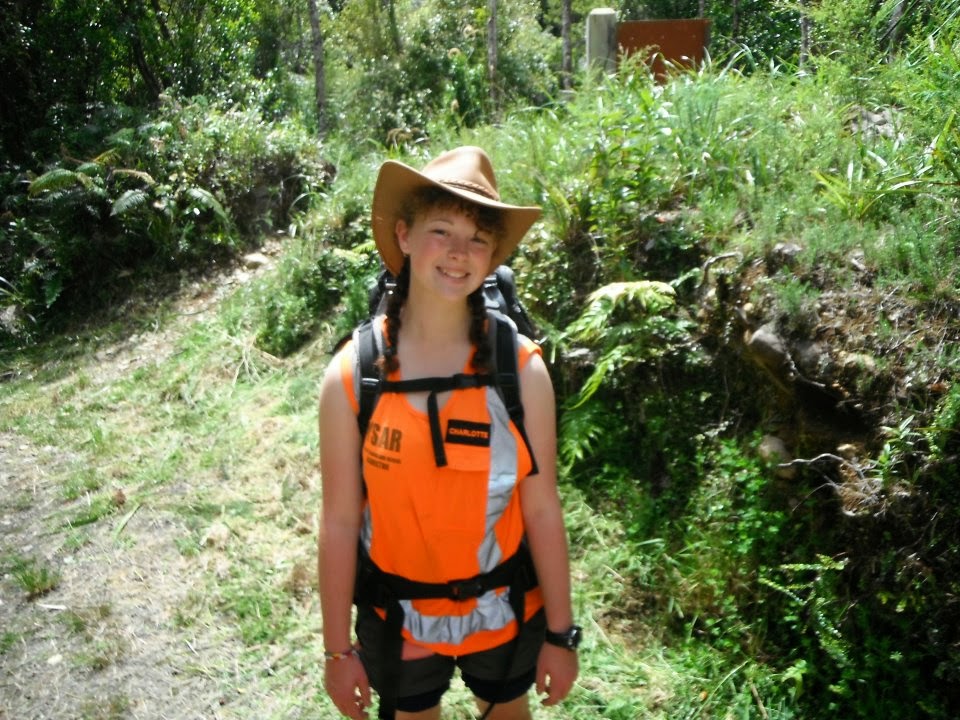 My daughter had joined this motley band of crazies a few weeks after her fourteenth birthday and they trained rigorously every second weekend on any of the mountain ranges surrounding Hamilton. Over a period of three years, she morphed from an outdoor loving teenager into a finely honed machine, able to survive alone in the bush for days, navigate anywhere with an ordinance survey map and compass, track and find, administer first aid to and rescue unfortunates who found themselves lost. By the age of sixteen, she was carrying a pager and responded to search calls, even leaving school to do so. As parents, we were so proud. But then in the middle of each year...there was Parent Camp. 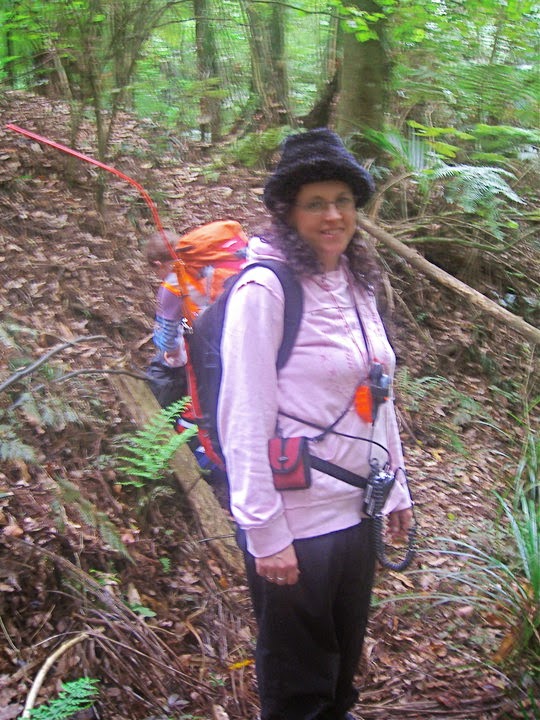 The first year, I went off on a ‘tramp’ with an older boy and another parent. We chose a short track, because I am not a fan of deeply wooded areas and as we discovered half way around, the other poor mother was three months pregnant and but for her husband being called away, shouldn’t have been crawling, knee deep in vines and bush matter anyway. We had radios and a GPS, not that we were allowed to cheat, tempting as it was and we were being monitored back at base by a group of third years which must have found our weaving coloured line absolutely hilarious. 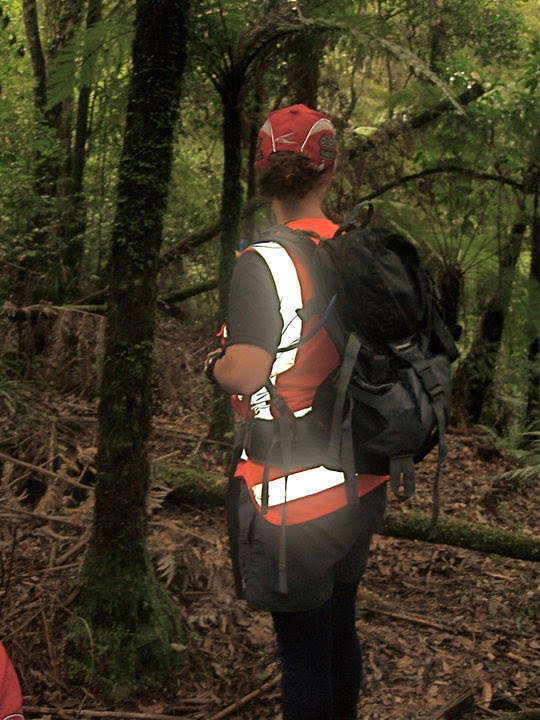 All of the parents were loaded up with rucksacks containing emergency clothing and a small survival kit, food and water to last us should we get hideously lost and need to camp out. Good grief! Surely that should have told us what we were in for but no, off we went like innocent lambs to the slaughter.

There is a moment in my latest novel, Blaming the Child, when Callister is forced to tramp off track through deep bush. She is scratched by the hooky thorns of bush lawyer and constantly tripped up by supplejack, spending most of the time on her hands and knees. That was me! I have truly never felt so helpless. For as far as I could see in every direction, it all looked the same. I could see how easy it was to get lost. Over five awful hours, I learned to navigate using a compass and also saw how simple it could be to trust your own judgement about where you were headed and topple off a ridge or into a water course. I got to use the radio and call in our coordinates, feeling a total fool when I got the lingo wrong and had to be straightened out by a teenager. It was both humbling and humiliating. 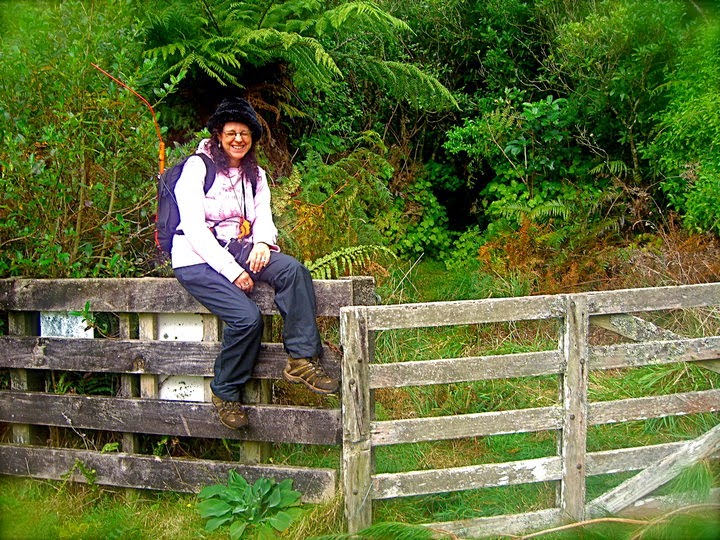 The second year, I had the privilege to be led on a tramp by my own daughter. She had suffered a dreadful head injury at the end of the previous year, being caught in a rock fall and received a bravery award. Miles from help, her head had been kept from falling apart using a handkerchief and a bright orange Search and Rescue baseball cap for an incredible twenty four hours. Then she walked 6km carrying her own pack, to civilisation, a horrified mother and hospital. She recovered and apart from the scar on her forehead and a wariness of scree slopes, she lost none of her passion for the bush and rescuing other people from its clutches.

Unfortunately by the end of our master class, my beautiful daughter declared me to be a ‘liability.’ I have a tendency to wander off after butterflies and pretty plants and she spent half an hour searching for me and the other parent whom I had inadvertently led astray. I have no idea how we ended up on the other side of that stream as neither of us adults remembered crossing it. I also disgraced myself by eating particularly poorly. While everyone else unwrapped hearty sandwiches and sensible energy bars, I created a stir by whipping out a tin of English mushy peas which I had lumped around in my rucksack. Having produced a tin opener and a dessert spoon, I horrified my poor daughter by eating the little green darlings cold, washed out the tin in the stream and carried it back to the scout hut, clanking loudly all the way. 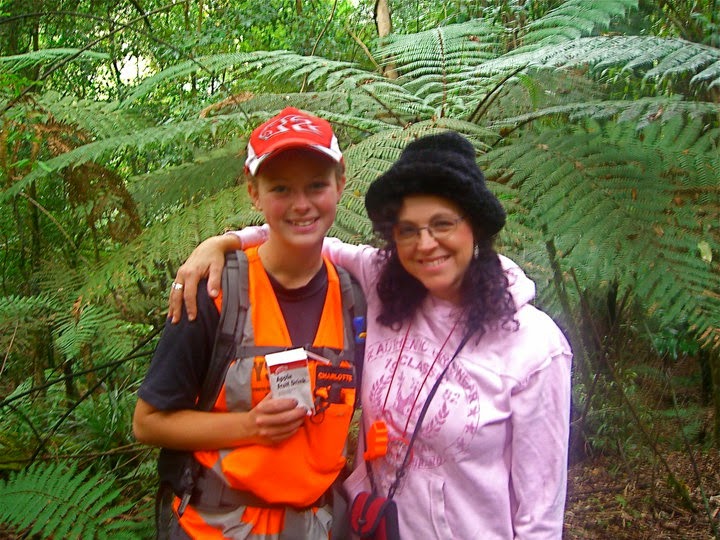 Needless to say in her third year, she didn’t press me to attend with quite the same degree of excitement.

My character, Callister Rhodes, is a lot like me. She is surrounded by beauty but would rather not be. The New Zealand bush is both fascinating and terrifying and she doesn’t cope well with its isolation. It makes her feel powerless and causes her to question her own significance against the benchmark of its magnificence. If it weren’t for the competence of her companion, Declan Harris, she would not have survived.

Declan is like many of the young men and women whom I encountered on those weekends. He is infinitely capable and very much at home in his surroundings. Unlike Calli, he would be perfectly happy to live indefinitely in the bush. He has been well trained by a bush loving father, who taught him everything he knew, before dying prematurely.

I have been careful not to over-egg the pudding. My characters could have hunted for their food, surviving on rabbit or eel, but I wanted it to be realistic. It wouldn’t matter how hungry I got, I would never be able to stomach a slime covered eel, no matter how well you washed it and my daughter informed me knowledgeably, that rabbits would not be found on the upper slopes of the mountain, only in the lower farmland areas. Declan provides food for Calli, made up of dehydrated mince and powdered mashed potato. I may be criticised for this but can assure you, that my daughter and her companions survived happily on such ingredients for each of her weekends and the ten day trips which they did every New Year. I should know. I was in charge of firing up the dehydrator and the smell of it running overnight was pretty disgusting. But she required enough meals to last for ten days and that was my contribution. There is almost nothing that can’t be dehydrated and some things are more successful than others. Tinned fruit mushed up and spread over the shelves of the dehydrator comes out like fruit bar - bet you didn’t know that! 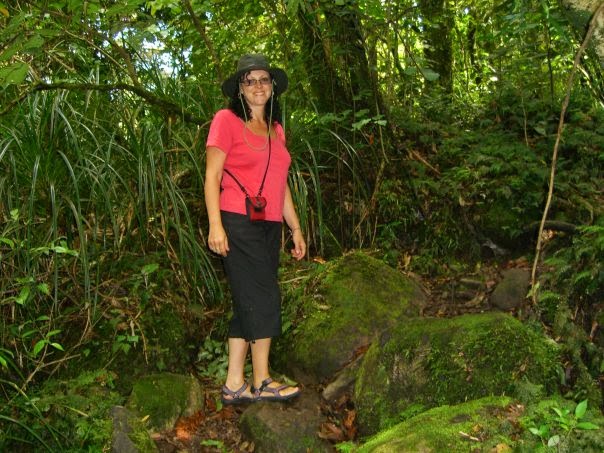 Above all, I truly hope that my novel has realism. The last thing I want is someone to slam the book down and declare that the author has clearly never experienced the bush. I want you, the reader to know that I have, I did and I really don’t want to again. 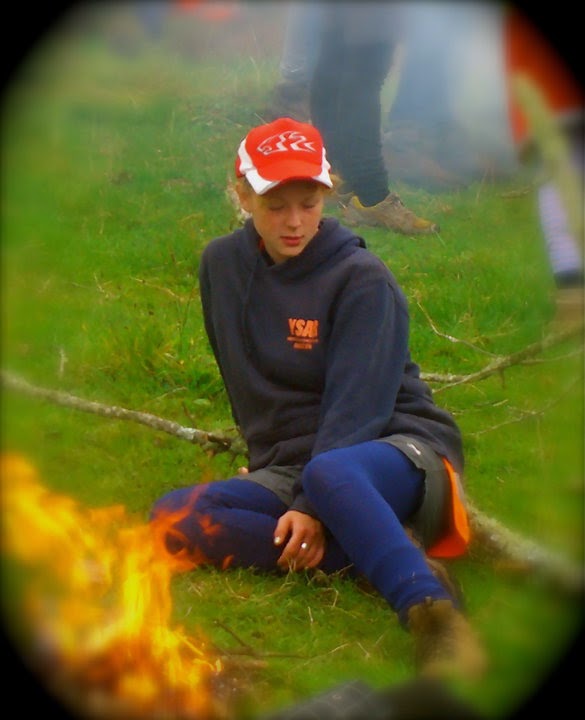